In this article, we will let you know that how Caffeine and Alcohol affect your sleep and how it is not better for health. Several chemical changes in the brain and blood are controlled by falling asleep and waking up. How well we sleep can also be affected by foods and medicines that change the balance of these chemicals.

Caffeine found in coffee, tea, soda, and chocolate can cause insomnia due to lack of sleep. A lack of REM “rapid eye movement” sleep can result from antidepressants, smoking, alcohol, and other drugs.

Caffeine is a stimulant; it is used by most individuals after waking up in the morning or to keep alert throughout the day. Caffeine does not substitute sleep, but by blocking sleep-inducing chemicals in the brain and increasing the output of dopamine, it can temporarily make us feel more alert.

Caffeine can have a calming impact as soon as 15 minutes after it is ingested. Removing half of the caffeine takes about 6 hours. For that reason, “STOP” caffeine near bedtime.

For several years, Alcohol has been studied for its effects on sleep. Studies indicate that both high and low alcohol doses initially improve sleep in non-alcoholics who regularly use alcohol, while high alcohol doses can result in sleep disruptions during the second half of the sleep cycle.

Alcohol is a depressant of the central nervous system that causes brain activity to slow down. Alcohol has sedative effects that can cause feelings of relaxation and sleepiness, but alcohol intake, especially in excess, has been associated with poor quality and length of sleep. People with alcohol consumption disorders also experience signs of insomnia.

Drinking in moderation is normally considered healthy, but each person reacts to alcohol differently. As a consequence, the effect of alcohol on sleep largely depends on the person.

How Does Alcohol Affect Your Sleep?

The drug is absorbed into your bloodstream from the stomach and small intestine after a person drinks alcohol. Eventually, enzymes in the liver metabolize the alcohol, but excess alcohol can continue to circulate in the body since this is a very slow process. Alcohol’s effects largely depend on the user. The amount of alcohol and how quickly it is consumed, as well as the age, sex, body type, and physical shape of the individual, are important factors.

In the 1930s, the relationship between alcohol and sleep was researched, but several aspects of this relationship are still unknown. Research has shown that sleepers who drink substantial quantities of alcohol before going to bed are frequently vulnerable to delayed onset of sleep, which means they require more time to fall asleep. As liver enzymes metabolize alcohol during the night and the amount of blood alcohol decreases, these people are therefore more likely to experience sleep problems and sleep quality decreases. It is important to address the various stages of the human sleep cycle to understand how alcohol affects sleep.

This initial stage is the transition time between wakefulness and sleep, during which the body will start shutting down. The heartbeat, breathing, and eye movements of the sleeper will begin to slow down and relax their muscles. Brain activity is also beginning to decline, too. This process is known as light sleep as well.

As they move toward deeper sleep, the sleeper’s heartbeat and breathing rates begin to slow down. The temperature of their body will also decrease and the eyes will remain still. The longest of the four sleep cycle phases is typically stage two.

The lowest stages of the sleep cycle are all accomplished through heartbeat, breathing rates, and brain activity. The eye movements stop and the muscles are relaxed completely. Slow-wave sleep is known as this period.

REM sleep kicks in about 90 minutes after the person falls asleep initially. Eye movements will resume and the respiration rate and heartbeat of the sleeper will quicken. Dreaming takes place mainly during REM sleep. It is also assumed that this stage plays a role in memory consolidation five.

Throughout the night, these four NREM and REM stages recur cyclically. For every eight hours of sleep, each cycle should last approximately 90-120 minutes,6 resulting in four to five cycles. NREM slow-wave sleep is dominant for the first one or two periods, while REM sleep usually lasts no matter how long. These roles will flip for subsequent cycles and REM will become more dominant, often lasting 40 minutes or longer without interruption; during these cycles, NREM sleep will effectively cease.

During the first two stages, consuming alcohol before bed will contribute to the suppression of REM sleep. Since alcohol is a sedative, the onset of sleep is always shorter for drinkers, and some collapse very quickly into a deep sleep. This can create an imbalance between slow-wave sleep and REM sleep as the night progresses, causing less of the latter and more of the former. This reduces the overall quality of sleep, which can result in a shorter period of sleep and more disruptions to sleep.

Insomnia, the most common sleep disorder, is characterized as a persistent sleep initiation, duration, consolidation, and quality difficulty. Insomnia occurs despite the chance and urges to sleep, leading to excessive sleepiness during the day and other adverse effects.

Might be possible alcohol can reduce REM sleep and cause sleep disruptions, people who drink before bed sometimes experience insomnia symptoms and feel too tired the next day. This can lead them to a vicious cycle that includes alcohol self-medication to fall asleep, drinking caffeine and other stimulants to stay awake throughout the day, and then using alcohol as a sedative to counteract the effects of these stimulants.

Binge-drinking can be especially harmful to sleep quality by consuming an excessive amount of alcohol in a short period that results in a blood alcohol level of 0.08 percent or higher. In recent research, individuals who engaged in weekly binge drinking were substantially more likely to have difficulty falling and remaining asleep. For both men and women, these results were accurate. In teenagers and young adults, as well as in middle-aged and older adults, related patterns have been observed.

A link between long-term alcohol dependence and chronic sleep issues has been noted by researchers. To initiate sleep, people may build a tolerance for alcohol very easily, leading them to drink more before bed. Many who have been diagnosed with alcohol use disorders also report signs of insomnia.

Sleep apnea is a condition in which irregular breathing and transient loss of breath during sleep are described. In turn, these breathing lapses can cause sleep disturbances and decrease the quality of sleep. Owing to physical blockages in the back of the throat, obstructive sleep apnea (OSA) occurs, while central sleep apnea (CSA) occurs because the muscles that regulate breathing cannot be adequately signaled by the brain.

The sleeper can make choking noises during apnea-related breathing episodes, which may occur during the night. Sleep apnea individuals are also susceptible to loud, distracting snoring. Some studies have indicated that alcohol leads to sleep apnea because it causes the muscles of the throat to relax, causing more resistance during breathing in turn. This can intensify the symptoms of OSA and lead to disruptive episodes of respiration and heavier snoring. Additionally, even for people who have not been diagnosed with sleep apnea, drinking only one serving of alcohol before bed can lead to OSA and heavy snoring.

There has been some detailed research into the relationship between sleep apnea and alcohol. Based on multiple reports, the consensus is that alcohol intake raises the risk of sleep apnea by 25 percent.

How does Caffeine affect your sleep?

A natural substance that can be derived from plants is caffeine. Coffee beans, tea leaves, and cocoa beans are among the natural sources of caffeine. It can be synthetically generated as well.

Caffeine starts very quickly to affect the body. Within 30 to 60 minutes, it hits a peak amount in your blood. It has a 3 to 5-hour half-life. The half-life is the time it takes for half of the medication to be eliminated by your body. For a long time, the residual caffeine will remain in your body.

Caffeine is a product that has both positive and negative effects. These effects depend on the amount of caffeine you consume and when you consume it:

A moderately efficient alerting agent is known to be caffeine. On your response times, attitude, and mental performance, can have a positive impact. Around 50 mg to 200 mg is a normal dose of caffeine.

When you take it on an occasional, off-and-on basis, caffeine works best. Higher doses may have effects that are far more potent. A 500 mg or 600 mg dose of caffeine will affect you in a similar way to a low dose of amphetamine. It is less effective as a stimulant when you drink caffeine regularly. Your body develops a tolerance for it.

Caffeine may have an effect on your sleep that is disruptive. The stimulant’s most obvious consequence is that it will make it impossible for you to fall asleep. One research has found that the pacing of the body clock can be delayed by caffeine. Your overall sleep time will be decreased by these results. Besides, caffeine will decrease the amount of deep sleep you enjoy.

And when you drink it earlier in the afternoon or evening, the effects of caffeine will happen. One research showed that overall sleep time was shortened by 1 hour by consuming caffeine 6 hours before bedtime. In older adults, these results can be greater as well. It needs a longer time for their bodies to absorb the caffeine. Consuming high doses of caffeine regularly can cause complications during pregnancy.

Caffeine produces typically these several side effects at high doses;

Alcohol is very affected by sleep. Studies indicate that both high and low alcohol doses initially improve sleep in non-alcoholics who regularly use alcohol, while high alcohol doses can result in sleep disruptions during the second half of the sleep cycle. Caffeine found in coffee, tea, soda, and chocolate can cause insomnia due to lack of sleep. A lack of REM “rapid eye movement” sleep can result from antidepressants, smoking, alcohol, and other drugs. Caffeine has both positive and negative qualities. It is very effective for improving your attention, attentiveness as well as energy.

If you want to know about health issues. Click Here 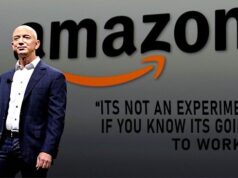 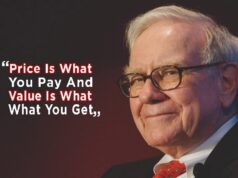 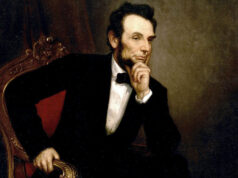 How you can Develop The actual Mindset Of the Entrepreneur And be Successful |... 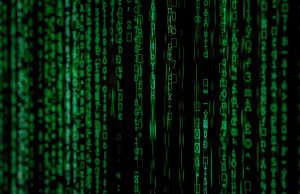 Technology
What is the internet? deeply explained: The Internet is the interconnected network of world full web servers in this world. It is almost impossible to...