The computer has revolutionized the world and changed individual life.  During a decade, a computer has a significant impact on social life and makes the world digital. With the help of computer technology, many new inventions outcomes make a new digital work which helps to do every job in the easiest and faster way. The computer is working in every excepted field of life.

There is a question How Computer Works?

The computer is a part of daily life desktop, laptop, tablets, smartphones, and many other items contain by a computer. So, how a computer works?  A desktop computer is a device that is fitted on the top of a desk, and equipment is an electronic machine that performs the course of action of calculations and operations based on instructions that are provided by software and hardware. It can accept input data and then provides the information’s in output procedure.

Approximately all computers are work similarly to having the same essential functions, and these all provide the same central operational features. There are five different parts of a machine that are known as a motherboard, a CPU (central processing unit), a GPU (graphic processing unit) is also called a video card, a RAM (random access memory), and for storage is an SSD (solid-state drive) and HDD (hard disk drive). These all are the hardware part of the computer. Computer works both hardware and software, and the software are in the soft form, and it can be changed easily. Different kinds of programs run by the different types of software, for example, video playing software for users to the purpose of watching the videos.

Ram (Random access memory) and ROM (read-only memory) are also essential parts of the computer. These both are types of computer memory; Ram is stored in the computer data and programs that CPU needs. Once the machine is switched off, the ram is erased the data. Rom works against the RAM. It has a record of data and uses the boot of the computer. Ram is a nature that contains data static and saves the instructions and information even if the computer is switched off.  Ram is working as a memory like a memory when the machine is a move to guidance and information and performs operations, browsing, and the speed of the memory installed in the system for performance. And HDD (hard disk drive) is used for the storage of data files, information, applications, and operating system installation on the computer.

The motherboard is an essential part of the computer system. It holds too many components of computers which are including in the CPU (central processing unit) Rams, memory, and connectors of output and input devices. A motherboard circuit contains several sockets and connecter components in the system. The primary purpose of a motherboard is to maintain all the hardware portion of a computer.

The Rom used for storage of program inside the computer. Commonly a computer is used for the storage of boot programs. Besides this, for the embedded processor and computer system, ROM has used for storage the entire plan. Rom has a power of permanent storage that is not losing its content even the system switched off. There is another form of ROM that is re-programmable that updates the programs and data at the correct time. This is also called a programmable read-only memory “PROM.”

The RAM (read access memory)  generally used for the temporary storage of data on the computer. The data and information can be written at any time in the RAM. But it doesn’t store the data permanently on the computer when the system is switched off. It loses its complete data. There are two types of RAM one is static RAM, and the other is Dynamic RAM. The Dynamic form of data is a primary form, and it is used for the storage of majority data. This is rather than slow to the static ram. Static RAM is specially used within the computer for the cache memory. It is also used for frequent access data.

An interface is generally known as input and out. When an instruction gives to the computer, this is input, and the machine gives back the information’s about the instructions that are the output of the device; this is the interface of the computer. In this way, overall computers interact with the outside world.

The data buses are commonly used to send complete bytes of data at a time. The system requires the line numbers equal in each bite. Usually, the data bus width is 4, 8, 16, 32, which is dependent upon the system.

A computer is an electronic machine, and it plays their role in various ways it also works with their different parts and components like Motherboard, Ram, Rom, CPU, Hard drive, solid-state drive, and Operating system. The computer works on the base of information and instructions, such as when computers get inputs like information and process it, then give back out like instructions. The system ram is just temporary storage of system data and information, and the Rom and hard drive stored permanent data files and information. These are all the interferences of the computer where the computer works in the procedure of output and input.

Where to Study Business Management | The Best Institution 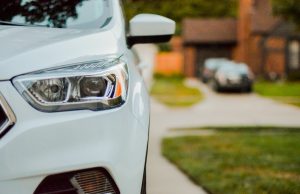 Autos
What Auto Insurance Do I Need Deciding how much car insurance you wish can be dubious. You'll have to be know how much scope...