In this modern era, technology made advancements in computers and mobile phones as well as creates more functions and features for enjoyment and entertainment in the shape of games, which have changed our lifestyle and physical playing games as like in grounds. Games entirely moved us to technological playing ways. It has both benefits and disadvantages in human life because most people playing video games on the pc screen and mobile screen.

Technology has the primary purpose of the new scientific inventions.

One of these well-known innovations is the mobile phone. The latest cell phones having large screens approximately 6 to 10 inches that have the unique capability of using every time and everywhere. As the hammer is to Thor, using a mobile phone is to its owner.

Video games are considering usually use for entertainment, but it seems these are moving us. People used to play video games on bulky PCs. Next, play stations, X-boxes, android mobile games, and IOS mobile games took over the video gaming international. Mobile video games are influencing human lives. There are many advantages and disadvantages of games that impacted human life and played an essential role in moving us.

The Positive effects of video games;

The creativity of Problem-solving;

When the children play a game, they train their brains to come up with creative ways to solve puzzles and other problems in short bursts because these games have different kinds of puzzles and have many issues to reach out to the targets that are why these games make the creativity of problem-solving.

See also: How Games move us

Sometimes the player does this almost every second of the game, giving the brain a real workout. Playing action video games prime the brain to make quick decisions. Video games are beneficial for train soldiers and surgeons. Significantly, decisions produced by action-packed gaming players are believe it or not accurate. Action game players make more correct decisions at the time of the critical situation. Video games train the player’s brain to make faster decisions without losing accuracy. These days, it has importance to move

The young players read to get instructions, follow storylines of games, and get information from the game texts. These games are using to improve math skills, which is essential to win in many sports, which are including in quantitative analysis like managing resources.

By playing video games, there creates more and more concentration, and concentration is too much necessary for the observation of environmental things even though all aspects of life games.

Winning in a game encourages players to take the risk. Most of the games do not make recompense players who play safely. Games create the situation of winning and help to think about How to respond to challenges, How to respond to frustrations, How to explore and rethink goals.

The Negative Effects of Video Games;

One of the worst effects of video games is containing violence. Children like to play more violent video games, which have increased rough behavior thoughts, feelings and decreased prosodies helping.

Even though some politicians declare that video games are such a cause of gun violence, there is some evidence that links playing video games, even the “gruesome and grisly” ones, to abuse.

Spending more often than not, playing game titles can. damage the health of children and disturb their other mental activities. Video games are profoundly affected by the eyes of players because of the blue light high-frequency resolution screen. If a child not plays in the playground and only plays video games, he is own affected his health and disturbs his life because the ground playing games is essential for the growth and development of a child.

Video games as well as create academic issues such as the fun that a video game provides that is not available in school the mind of children are not properly in their studies even though they think about the games in the classroom. If we have to look outside school, students skip the homework or study for tests and choose video games as an alternative.

That’s the reason for the unfortunate result of poor performance and affects their emotional intelligence.

Nowadays, many video games in the market contain extreme violence, over-the-top sexuality, profanity, racism, and many other things that cannot be professed by kids in the right manner. The reason for their failure to take these depictions with a pinch of salt and may end up trying to imitate the same actions in the games. Their brains are planning still developing, and they won’t be able to differentiate right from wrong, until being uncovered in the real world.

Aggressive and rude behavior is creating by the violence of video games. The actual violent content material in-game titles and the minute. the fulfillment that they provide can cause the kids to be irritated and aggressive in their behavior. Such as; when they don’t win the game or something not happened according to their plan, they get angry, and they used rude and aggressive behavior.

Games move us and having both good and bad effects on human life. Where the games develop the mind activities likewise thinking, concentration and many other benefits, on the other hand, these have many disadvantages such as wastage of time, study problems, aggressive behavior, and many others. There are some emotional video games that are most dangerous in life like PubG video games; Life is Strange 2, Fire watch, and many others. 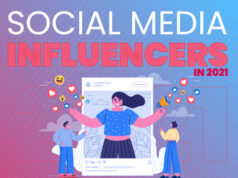 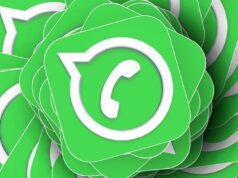 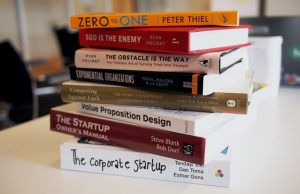 Business
Business Management Careers: Business management has a lot of well-reputed jobs and carriers in almost all expected business fields and has particular importance in the...