The technology used in sports

We all know technology is playing a vital role in all the expected field of life. If we take a look, Sports are one of the most definitive tests for human athleticism, and technology is also facilitating it. Sports are critical activities for human fitness and physic. Technology helped in various ways and moved that in the latest trend. As well as, technology is used for sports in different ways.
Now in this modern age, technology has specific importance in sports because it helps to train the new players in straightforward ways. Furthermore, it is beneficial in sports and helps players and referees to determine the right decisions. However, technology helps in the sports industry in different reputable ways.

Nowadays, Instant replay is an excellent example of technology which is used in sports. With the help of this technology, officials can see exactly what happened, also providing another perception of sports events. Instant replay is mostly used in games such as cricket, football, rugby, soccer, and combat sports. However, instant replay briefly explains the happened view and makes a situation to make the right decision during the game.

Sensor tools are often used to analyze a goal. It tells about the goal is valid or not valid. In different sports, the usage of sensor tools is most popular. For example, cricket’s Hawk-Eye technology judges the sound to determine if the ball shattered into the bat before it was caught. Hawk-Eye is also used to examine where the ball would have landed. On the other hand, tennis sensor tools use laser beams to determine whether the tennis ball fell in boundaries or not in boundaries. Sensor technology is helping to accurately determine the position of the ball at a given time.

In the sport playing system, no one used a stopwatch for the timing of race or anymore. Such differences in response time no longer affect the exactitude and reliability of a racing event. Today In many races, the starter pistol is used to as a clock. Once the pistol fires, immediately the clock times start. Besides this, the swimming sports are using a touchpad placed at the finish lanes and wearable inertial sensors to measure the performance. In many racing events are using the laser beams and photographs to decide winners—the results of timing systems provided to the nearest thousand of a second. The world “Olympic” records are only recorded to the adjoining hundredth of a second. This technique was recognized to remove inconsequential errors.

RFID chips are using to time individual contestants on occasion. These devices are using as an antenna that conveys wireless signals. RFID chips are using in long-distance races, which help the viewers to check the exact locations of a player during the race. There are two types of chips that are using in races; active and passive chips. Active chips have an inbuilt battery, which determines the exact time a participant crosses a precise line. Passive chips are only used with sensors placed in a wad because they don’t have an in-built battery.

Safety is a significant factor in sports. Equipment manufacturers have developed specific devices to reduce injuries on athletes, which accrue during playing. Such as special helmets are using in the National Football League, and most of the players have experienced concussion injuries. The helmets are designed to absorb distress caused by collisions and protect athletes from suffering head and neck injuries. Technology is used for games like auto racing and hockey to enhance the safety of participants. Many professional players have embraced new technologies featuring specific machinery and gadgets to protect athletes and make it easier to supervise the games.

Everyone knows that referees are human and make mistakes. Technology has to change it and solves that problem. With the help of instant replay technology has been around for a while, VR and 360-degree cameras are now giving an exact extraordinary view of the action.

It’s a need for the show, how it is hard for a referee trying to keep an eye on different players at a time, and all have an object of winning and effort for their selves. It is too much difficult to follow the action which is coming from the couch.

It is too much significant development of young athletes and technology is also helping to do this purpose. The latest tracking tech suits of players are not just for significant players, but it is also available for local high school baseball, soccer, football, and many other sports teams. Platforms such as “FieldWiz” and “PlayerTek” are helping coaches and players to capture the data and examine it and also use it to improve performance. For the soccer Dribble Up, having the same rule for practice.
In the next, maybe, as player goals become more advanced, more apps and platforms will appear with the help of technology. 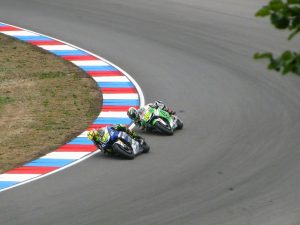 e-Sports and new types of competition:

e-Sports’ continue to astounding the traditional sports organizations and their selected branches in the sense of viewership and continue to drop the significant sporting occasions. But there is also a significant thing that is the sports franchiser isn’t turning a blind eye, and in fact, they are looking to partner with eSports leagues, teams, and players. There is also a fantasy league for e-Sport. This is a question “should video games be considered a sport?” The reason for this question is because that comes out by the e-Sports. If we take a look, it is harder to describe.

Technology invented the many digital and latest tools in the sports industry such as; instant replay, sensor tool, timing system, sports Chips like RFID chips, which are very helpful to determine the right decisions and examine the exact timing during the game. As well as, technology is beneficial in the sports industries in another way, like give digital training to new trainees and helps the assistant empire as a referee.

Laptop won’t turn on | How to fix | Newsronic

What Autos are made in the USA | Newsronic 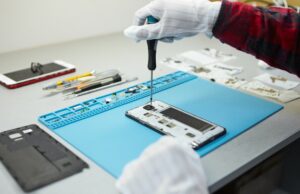 Mobiles
How to Start a Cell phone repair Business In this modern age, the increase of smartphones is very much. Cell phones are electronic devices, and...