There are many changes in the world and this “question who change the world most” if we have to look, there is the main reason of mostly changing in the world, increasing technology and technological inventions. There are many new technologies have appeared in the last five decade. It is harder to describe all technologies. But there are the most popular innovations which played a significant role in revolutionizing this world. During the session of 50 years, many amazing technological machines invented and made human life easy in every expected area of life. Such as, in the business sectors, medical field, electrical and mechanical industry, remote working even though every field of life technology has large revolutionized.
The primary reason is the changing in the world is the Internet, so, therefore, it’s a question “why the internet is important?” The Internet is playing a very vital role in this modern age and helping people for more creativity and learning as well. It is also working to build new inventions. Even though nowadays, the Internet is working in every field of life, that’s why it has a unique importance in this modern age, and the other thing is that all the latest mechanical and electrical technologies are based on the Internet.
Most well-known technologies that have to change the world;

The Internet is a unique invention, which is the main thing to change the world. It has a unique strength in worldwide and connects the whole global village. Approximately during the session of last 20 years, through the internet businesses are multi-connected with different countries, all the social sites like watching shows, games, media, and news even though each and everything is available on the Internet and we can check that and use that any time. Many other social sites like Whatsapp, Facebook, Instagram, Twitter, and some others are using for digital connection between the people, and these all are working with the Internet. On the other hand, many entertainment sites like youtube and Netflix are working through the Internet as well.

The computer invented 80 years ago, and in this modern age, it has a precious value in lif. A few years ago, the computer was working and operating on the floors of buildings manually, But at the mercy of technology, now it can fit on a personal desk. Computers are facilitating formal working ways in every field of life. Such as schools working, Businesses spread Media, as well as games and watching movies for entertainment. The computer makes busy everyone in his life. If it seems how much it’s surprising, a computer changes our lives and gives different easy ways were working with these machines. We can say that a computer is an essential thing which has changed the world mostly.

The first mobile phone was invented in 1973 and its created by Martin Cooper. It was proved very helpful to cellular connectivity among people as well as reduce the distance between individuals. A mobile phone is working through the cellular network and has a specific purpose of communicating with each other. But after the advancement in technology, it forwards itself more improve and having multiple functions. There are many kinds of mobile software, such as Android and IOS. With the help of technology, many mobile applications are working as a mini-computer. The latest mobile phones are playing a vital role in making the world more and more advance.

Smartphones and the Internet are using in these days, which cannot be possible without wireless communication technologies like Wi-Fi. In 1997, Wi-Fi was invented and released for consumer use with a fantastic benefit of use without wire and specific coding. Over the years, Wi-Fi’s gotten little by little faster and found its way into computers, mobile phones, and even in cars. Wi-Fi is so essential to personal and professional lives nowadays that are almost to no avail to be in a home or public place that doesn’t have it.

Increased in digital media are changing individual’s everyday lives, and this the way they connect in the social perspective and working in civil society. The impact of this responsive use is beneficial to both individuals and society. It is enabling extraordinary communication levels and social interaction. Digital Media is helping individuals and speeding up the democratization of knowledge.

Artificial intelligence spectacularly improved the efficiency work and can expand the work that humans can do. Whenever Artificial intelligence takes trouble full and dangerous tasks, it increases the human workforce. Then they are better prepared their selves for completing those tasks, which is involving creativity and sympathy among one and others. People are doing their work better and more engaging with the help of artificial intelligence.

The robots are also very advance, and the latest invention of technology and these are changing their applications every year. The robots are used for advances learning in automation, engineering, artificial intelligence, and machine learning. Robots are not only working on car manufacturing or assembly lines but also working in a wide range of industries such as Agriculture, Assistive technology, Exoskeletons, Exploration and navigation, Search and rescue operations, and Warehouse logistics.

With the help of technology, there is also much improved in the field of medicine. Many digital types of machinery and equipment are discovered by the technologies which are helping to diagnose disease faster and efficiently. For example, the latest digital X-ray machines, Ultrasounds machines, Kidney transplant methods, Heart bypass, DNA testing, Organ Transplant, and many others. By the help of technology, pharmaceuticals’ industries are making new medicines with chemical technology which used for the treatment of different harmful disease. DNA testing is also the latest medical technology that is work to identify the gender as well as Ultrasound machines are used to get the information about the gender of new coming babies who are surviving in their mother bodies. Medical technology also changed the world very rapidly.

The world has much revolutionized by technology, and the whole world profoundly impacts technology because it has changed over the world. It changes the working ways with computers, communication ways with mobile, build machine working with artificial intelligence and robots, Digital Media is also created by Internet and technology, which has a unique importance in this age as well as, in the field of medical it played an important role to move the medical sector more advance even though the technology is working in every field of life and has changed the world more. 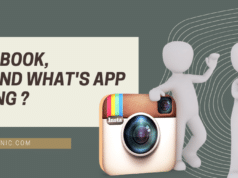 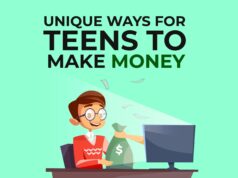 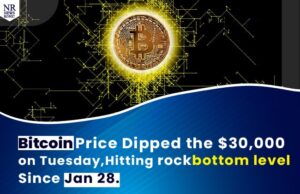 News
Bitcoin price in USD dipped below the long-held support at $30,000 on Tuesday, hitting rock bottom level since Jan. 28. The cryptocurrency traded at $29,700...