Will Laptop charge through USB? Before going to question let’s talk about how USB came to invent. USB stands for “Universal Serial Bus“, a technical specification of input and output interfaces. It was revealed in 1996, the USB port is a standard cable connection interface for computers and consumers’ electronic devices. Approximately previous to 1994, there was a multitude of connectors at the back of the computer PC.

In 1994, that was a big issue, and then a group of seven companies starts to design and manufactured a new technology that was USB. This decision was to attend to the usability issue of existing interfaces, simplify the software configuration of all devices connected to USB, and allow more effective data rates for external devices.

In simple words, making the external devices connected to PCs fundamentally easier to share files and data from the computer. If would have to look, USB move forward the generation such as The first USB is ‘USB A’ after that comes the new generation ‘USB 2’ then the coming of ‘mini USB’ and the latest form of USB is ‘USB-C’ with the help of technology which is increasing day by day and getting progress by leap and bounds in every field of life.

USB connections can be used to charge devices and transfer media, and they can be easily replaced. USB has also played an essential role in charging electronic devices in this modern age. But there are some precautions you should take when charging USB-C. Here’s everything you need to know.

There have probably already used USB connections to charge smaller devices such as mobile phones, tablets, and either from your computer. That works well because the past USB connections had enough wattage to power successfully for smaller batteries. However, previous versions of USB had a limited amount of energy, which is a laptop charger that has typically retained its larger, bulkier cables.

USB-C has altered that. Now, this type of connection facilitates enough power to charge most laptops, particularly the USB-C 3.0 version. Laptop charging is a new topic of conversation for USB connections, especially now that more laptops are incoming with USB-C charging compatibility. At last, it has to be expecting the majority of laptop chargers use the USB-C option for charging.

There is a question, how come to know if a laptop has a USB-C port that also works with charging? It could always look it up, but the simplest way is to examine the laptop charger. It can identify a Type-C charger by its exclusive features.

The shape of the USB-C’s connector is small and rounded, extensively different from the old USB version. It also works no matter which way of connects it to the right port, so there’s no need to flip it the right way around.

If the charger uses this connection and plugs into the USB-C port, that’s a great thing! USB-C chargers are turning up on many different devices, so it’s not sternly relegated to laptops. New phones use USB-C charging, perhaps car chargers come with USB-C ports, and portable charges can have USB-C options. But laptops lean to have USB-C more often than other devices.

Will any port work with any charger?

USB-C is a universal charging standard. It means that it doesn’t matter what USB-C charger is used. It should be able to power up a laptop with a USB-C charging port and power bank. In the whole world, this is taking a while to come true. These days, most laptop USB-C chargers are interchangeable, but it’s not guaranteed.

See Also: Will laptop work without the battery?

Many laptops come with USB-C ports that don’t charge. This is the most common thing on the laptops that come with their own proprietary charger, although most of the laptops can be charged only with their propriety charger tends to power up a computer more quickly. There is an example of the “Samsung Notebook9” If there is a risk and not sure exactly how to charge a laptop or check the company’s website, Laptops that depend on USB-C, for now, maybe no charge with just any charger.

PC World, in its testing, originates that HP’s Specter x2 wouldn’t charge with any USB-C charger besides its own. From HP’s view, that was intentional because a wrong charger could spoil the device or make it to fault. Other methods, like the Apple Mac Book Pro, don’t have such fixed precincts, a new USB-C authentication system will help with this issue in the future.

If we have to look, there is no personal proof of any damage by using a USB-C charger other than the one that came with the laptop; there’s always a slight risk when plugging a computer into an unknown power source. Faulty cables also cause various kinds of problems. Microsoft acknowledges this by saying that, charge a laptop with a USB-C port.

Still, it’s highly recommended that the use of the Surface the charger that came with the computer because a USB-C charger would end up being very slow due to how power is metered within the device. Says that it’s an excellent idea to prefer cables and chargers from reputable sources.

Thunderbolt 3 allows a number of charging arrangements. It makes a chain of 6 different devices that can quickly load and transmit the data at high speed rather than USB-C, approximately up to 100W. Thunderbolt 3 is used as the same connection as USB-C. If the laptop ports also have thunderbolt three technology, then it manufactures is quick and label to laptops. There is one of the essential things, and thunderbolt three connections only work with the right cables. 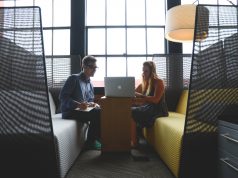 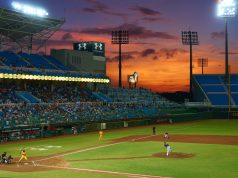 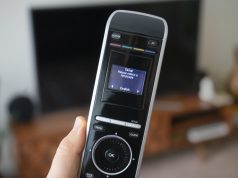 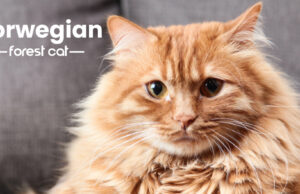 Pets
The Norwegian Forest Cat, or "Wegie," is a sizable and magnificent feline breed distinguished by its thick, rich hair and outgoing nature. These cats...